Skip to navigation Skip to content
Mansewood High Park Allotments was founded in 1951 during Glasgow's housing expansion following the Second World War.
During the war the city had been heavily bombed by the Luftwaffe, with areas like Clydebank suffering particularly badly due to the Clyde shipyards being a key target of the raids. Over the 13th and 14th of March 1941, almost all of Clydebank was destroyed. Out of 12,000 residential buildings in the area, only eight remained undamaged. 35,000 residents were made homeless. With thousands of other damaged buildings across the city, permanent housing was urgently needed.
Prior to the WW2 damage, Glasgow's housing still left a lot to be desired. Many of the city's sandstone tenement blocks, which had been built in Victorian times as slum housing for workers, still lacked running water, and overcrowding was rife.
These problems were a major motivation behind the housing expansion which the city council embarked on after the war in areas surrounding Glasgow City Centre - including Mansewood.
With new housing, you also need local amenities – the facilities which make living in an area easier. As food rationing was still on-going, there was a real need for fresh food, and community allotments were popular. The creation of a dedicated allotment at Mansewood High Park was welcome. 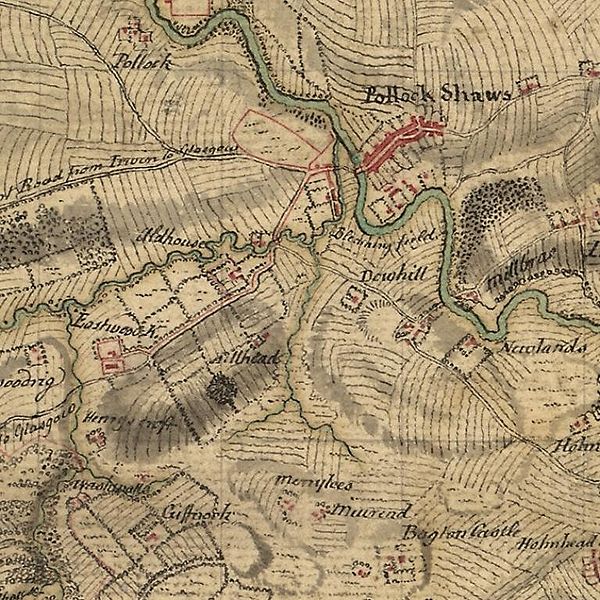 Plans for an allotment site in the Mansewood area were put forward around 1951. Glasgow City Council chose to compulsory purchase a site known as Henry's Croft Farm, which sat atop what is now Mansewood High Park, to build the allotment. The farm itself was a collection of arable fields around and on top of the hill which were used for grazing sheep and cattle - agriculture had been going on at the site since at least the 18th century. Arguably, building an allotment on this site in the 1950s helped to maintain a link to historic local food production, which may have otherwise been lost to concrete in the development-bonanza of the 1960s and 70s.

Mansewood High Allotments proved to be very popular and most plots were let out quickly. High demand at the site led to an extension, but over time this popularity fell and the allotment site was made smaller. As many older plotholders gave up their growing spaces, the allotment began to fall into dereliction.

In the late 1990s, new plotholders moved on to the site and reinvigorated Mansewood High Allotments -  tidying the site up and reletting derelict plots to budding growers. Since then, the site has gone from strength to strength, undergoing two expansions. Today, all 50+ plots at Mansewood High Allotments are let, and there is a great sense of community spirit amongst its residents.